By PAUL KOBERSTEIN and JESSICA APPLEGATE

Driving up the Pacific Coast Highway from San Francisco, you approach the world’s largest contiguous temperate rainforest. But don’t look for any markers or directions. There aren’t any. In fact, the rainforest, which stretches 2,500 miles from Northern California all the way to Kodiak Island in the Gulf of Alaska – almost as far as the distance as from New York to Los Angeles – doesn’t even have an official name.

“There’s no official name in the national names database,” says Bruce Fisher, president of the Oregon Geographic Names Board.

But what should we call it? We asked James Meacham, a professor of geology at the University of Oregon and an author of the Oregon Atlas.

“Great question,” he said. “I don’t have definitive answer for you.”

Only parts of this anonymous rainforest have any legal protection from logging and other development, including Redwood and Olympic National Parks in California and Washington, the Great Bear Rainforest in British Columbia and 5 million roadless acres in Alaska’s Tongass National Forest.

One of the largest, most protected areas of North American temperate rainforest is found in Washington’s Olympic National Park.

But outside these protected areas, most of the rainforest was cut down over the last century and replaced with industrial tree farms, which possess none of the diversity of a natural forest. The rainforest’s scant remaining unprotected old growth is rapidly disappearing from ongoing logging on Vancouver Island. The losses will likely accelerate if the Trump administration allows logging in roadless areas on the Tongass, which would require eliminating a policy on the books since 2000, as it plans to do.

About two hours north of the Golden Gate Bridge you cross the Russian River, which the Alaska Coastal Rainforest Center, an arm of the University of Alaska, defines as the coastal rainforest’s southern perimeter. Ecotrust, a conservation group based in Portland dedicated to protecting the rainforest, draws a similar boundary.

Massive ancient redwoods, some soaring 350 feet above the ground, tower overhead. Redwoods are the world’s tallest trees, but as you drive further up the coast, you encounter Douglas fir, cedar, hemlock and spruce trees almost as grand.

This mammoth of a rainforest, however, is much more than just a place where majestic trees grow. It helps cool global temperatures, a service the planet desperately needs as the climate spins out of control. Forests remove about a quarter of the carbon dioxide (CO2) humans add to the atmosphere, keeping climate change from getting even worse.

For decades, forest advocacy groups like Oregon Wild and the Sierra Club demanded protection for rainforest-dependent species like wild salmon, the marbled murrelet and the northern spotted owl. Now they are refocusing their advocacy through the lens of climate change.

Building public support behind strategies to protect the rainforest might be easier if it shed its anonymity. There are plenty of suggestions for a name.

“You could call it Salmon Nation,” says Ian Gill, the former president of Ecotrust Canada, the Vancouver, BC-based affiliate of Ecotrust. “That’s what we’re doing.”

Ecotrust also calls it the “Rainforest of Home,” the title of an atlas it published in 1995.

Others call it the “Cascadia” rainforest after the bioregion of the same name.

None of these names, however, appear to have caught on.

Last summer, for example, an article in High Country News called it “an ecosystem that runs from Northern California to the Tongass National Forest in Alaska.”

That’s like calling the Amazon Rainforest “an ecosystem that runs between the Andes Mountains of Peru and the east coast of Brazil.”

Since 2004, deforestation in the tropical rainforest has slowed down dramatically, as Mongabay reports, thanks in part to worldwide pressure to “save the Amazon.”

Meanwhile, we are still waiting for someone to launch a campaign to “save the coastal ecosystem running from Northern California to Alaska.” It seems a grassroots campaign to save the entire rainforest might have a better chance at success if it had a globally recognized name.

The future of the planet might depend on it.

This article was first published by the conservation news site Mongabay. 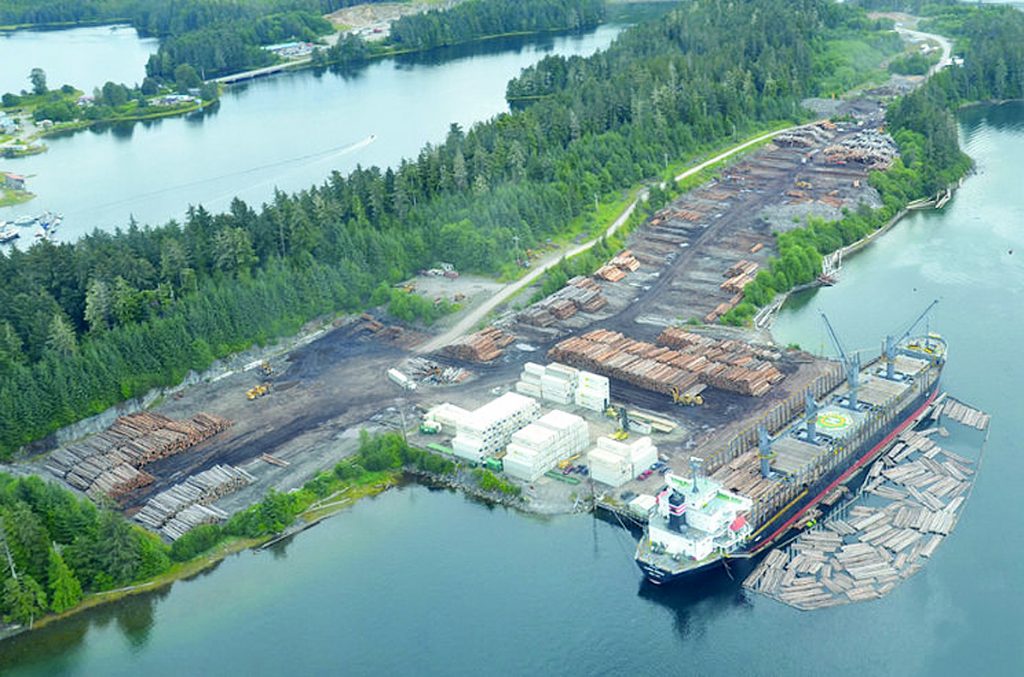