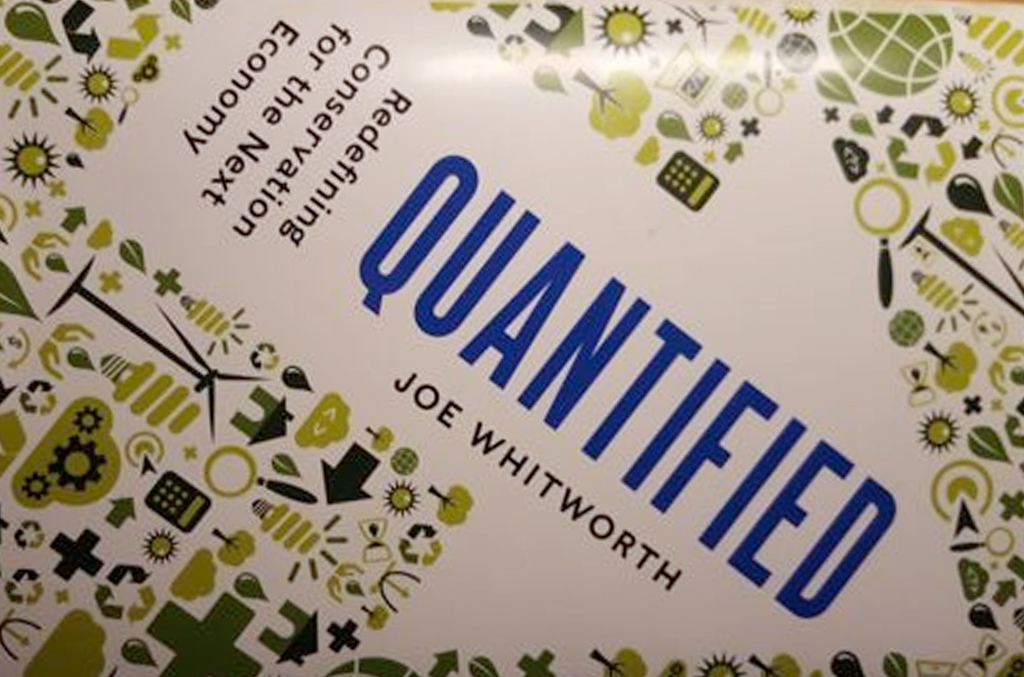 The United States spends about $10 billion combating water pollution every year, almost all of which is wasted, according to Joe Whitworth, executive director of the Freshwater Trust, a Portland-based environmental group.

Whitworth contends that the pervasiveness of water pollution in this country is, in part, the consequence of government policies that allow new sources of pollution to contaminate already-polluted water bodies. But he says the government is not solely at fault.

In his new book, “Quantified: Redefining Conservation for a New Economy” (Island Press 2015), Whitworth contends that well-meaning, but ultimately ineffective idealists in the conservation movement must base their approach to conservation on site-specific data rather than one-size-fits-all government regulations.

Right now, Whitworth says, “we are just throwing money at problems, and hope it works.”

In a way, “Quantified” is “Moneyball” for the environment. “Moneyball,” the bestselling book by Michael Lewis and a critically acclaimed movie starring Brad Pitt, emphasizes statistical analysis in the scouting and development of baseball players. “Quantified” emphasizes computerized analyses of a sophisticated set of measurements in ways that guide decisions to devise and implement environmental projects.

Whitworth argues that environmentalists need to have a “come to Jesus” moment, admit where things aren’t working, and take advantage of advances in technology to get the results they want. The first step they should take, he says, is to demand accurate, real-time data on the specific quantity and quality of water in rivers, which can be obtained with advanced, computerized monitoring systems.

“For the first time, we can see clearly what the environmental benefit actually is, and we should align our actions accordingly,” he says. “It’s the difference between spending billions and spending billions right. By engaging quantified conservation, we’d make big water-quality gains straightaway with money we’re already spending.”

In Sonoma County, Calif., the local water agency has teamed up with IBM to develop a sophisticated water management system based on near real-time information. The system helps the county identify potentially defective water pipes so they can be repaired before problems occur.

“All this information should be available in real time,” Whitworth writes. “Yet we’re nowhere near that.”

“Quantified” is a blueprint for fundamentally changing the nation’s approach to conservation. The 190-page book suggests that “we have just started to scratch the surface for how data and analysis can be used to improve our watersheds. Addressing the sheer scale of freshwater issues we face demands that we move toward a quantifiable, data-driven existence.”

During the first few years after the passage of the Clean Water Act, the nation achieved many notable victories, mainly by eliminating “point source” discharges of pollution into rivers, such as sewer pipes. Today, the main problem is reducing pollution from “nonpoint sources,” largely the polluted runoff from farms.

The Mississippi River system is a prime example of the current state of environmental dysfunction. The river is so polluted from nonpoint pollution that it has created an enormous “dead zone” in the Gulf of Mexico that is choking out fish and other marine life. In fact, there are about 200 such dead zones off our coasts, according to the Environmental Protection Agency.