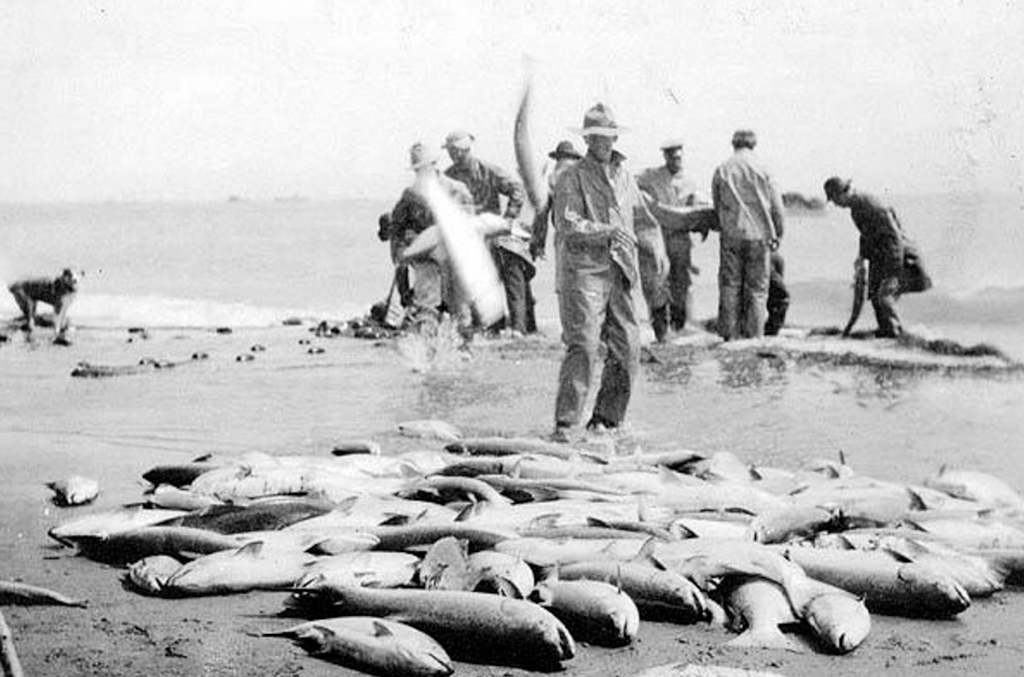 Over the decades, tribal access to their usual fishing places was often unenforced, usually disputed, and, since the completion of the hydro system, almost fully blocked, according to a thoroughly researched book published last year, The Si`lailo Way: Indians, Salmon and Law on the Columbia River, by Joseph C. Dupris, Kathleen S. Hall and William H. Rodgers Jr.

Destructive fishing practices destroyed much of the Columbia’s salmon runs in the early 1900s. Most of these practices occurred far downstream from the Indians’ traditional fishing places, where non-Indians fished, often using rapacious devices like fishwheels. In 1938, when Bonneville Dam opened, the tribal commercial catch accounted for only 8.6 percent of the total catch in the entire river.

While overfishing destroyed much of the tribes’ former wealth, fishing has been significantly curtailed. The effects of dams have been even worse. Tribal people are experiencing elevated poverty and death rates well in excess of the general population.

A 1999 report on Columbia River tribes by economist Phil Meyer found “overwhelming levels of poverty, unemployment that is between three and thirteen times higher than for the region’s non-Indians, and rates of death that are from twenty percent higher to more than twice the death rate for residents of Washington, Oregon and Idaho as a whole. If located outside the United States, such conditions might fairly be described as third world.”

With wild salmon fast disappearing, Congress provided hatcheries to make up for the losses, but in many ways the hatchery system has been a disaster for the tribes as well. Until recent years, the government built most of the hatcheries in the lower Columbia, far away from the tribal fishing areas and thus nearly worthless as mitigation for tribal losses.

Not a single hatchery has ever sustainably supplanted a wild run. But given the extremely poor condition of salmon populations in the basin, hatcheries are necessary to allow for treaty reserved fishing.

NOAA Fisheries Regional Director Bob Lohn said the agency is reviewing the region’s 189 hatchery programs. It will examine whether the hatcheries support the recovery of salmon, and whether they allow harvest at places where they can provide the greatest benefits. NOAA will also investigate whether hatcheries promote more harvests of fish that need protection.