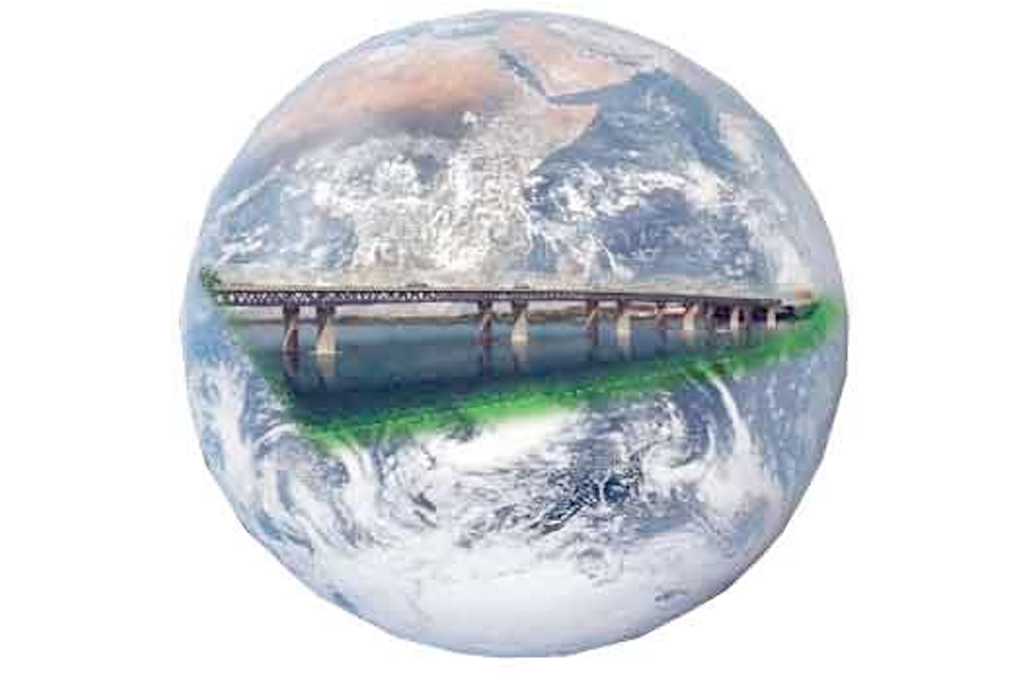 Portlanders are driving less, and have greater needs than a new I-5 bridge — we should clean up our toxic air, rebuild our bus system, and earthquake-proof our city first

There’s no doubt that Interstate 5 is congested, which slows down commuters and the flow of commerce. Traffic congestion costs people money and causes no small amount of personal agony.

The question is, what can we do about it?
Unlike others who have studied this issue, Cascadia Times remains unconvinced that building a new bridge and expanding I-5 is the best solution.

Instead, we accept the findings of numerous studies, detailed elsewhere in this issue, showing that new roads induce more congestion. Trying to solve congestion by expanding a freeway is a fool’s errand. Spending $10 billion on the wish that a new bridge will curb congestion is not an approach the region can afford.

Economics aside, this may be the worst time to build a megabridge. The number of cars crossing the Columbia River is on an unprecedented decline, a positive trend that should be encouraged to continue. A new bridge, however, would reverse that trend by encouraging drivers to join the parade of cross-Columbia single-occupancy-car commute, and push more air pollution into nearby neighborhoods and more greenhouse gases into the atmosphere.

Realizing we have only a limited pot of money, we think Portland should tackle the most pressing problems first: the existing toxic air pollution and greenhouse gas emissions must be reduced. We doubt Portlanders will tolerate having their efforts at cleaning the air compromised by projects that yield more pollution and more traffic.

After that, we suggest rebuilding Portland’s under performing bus system. The city’s system of frequent service has been cut from many parts of the city, and its late night “owl” service is long gone.

Next, we should earthquake-proof Portland’s most vulnerable structures, conducting a pre-disaster triage before the big one hits us, learning from the hard lessons of Japan, Chile and Haiti. Bigger roads are a luxury in the face of the probable Cascadia Subduction Zone event that geologists tell us is looming on the near horizon.

Then, if there is money left over, we could continue down a list of transportation projects that benefit us all, including but not limited to those who choose to live in Vancouver and commute to jobs in Portland. We don’t think making the commute easier for people in Vancouver should be pushed ahead of other projects on this list:

•Improving north-south rail infrastructure for the movement of freight in and out of Portland.

Notice that our list doesn’t include building any new freeway projects and provides no new roads other than an arterial link to Hayden Island. The Hayden Island link is important to provide better emergency access to the island. It makes no sense for the only local access to this highly populated area to be by freeway.

We doubt people in the future will drive enough to justify building something the size of the 10-lane megabridge that’s been proposed, which would measure 17 lanes across at its widest point counting the auxiliary lanes planned for accessing Hayden Island and Marine Drive, plus a lane for light rail.

The CRC estimates we will see about 50,000 more cars crossing the Interstate Bridge every day, compared to the number crossing there currently. If we build it, they will probably come. But if we don’t build it, they might not. We should do what we can to find out.

What the CRC doesn’t seem to understand is that our car-centered world is changing. Permanently higher gasoline prices, chronic unemployment and the feeling that too much of our precious time is being wasted while stuck in traffic are all factors that have been reducing driving since the middle of the last decade. Increasing numbers of people are finding other ways for getting around, like walking and biking. These options carry an added bonus: they make us fit and combat obesity.

A 2011 study from Stanford University bears this out. It found that since 2003, motorized travel in private vehicles has declined, a trend in the Northwest that started in 2005. Since 2005, average weekday traffic crossing the Interstate Bridge has declined by about 6,000 cars per day, a drop of about 4 percent.

Increases in fuel prices has “led to a noticeable reduction in vehicle travel and energy use, as well as marked increases in the use of alternative modes,” says the Stanford, by Adam Millard-Ball and Lee Schipper, says.

A beneficiary of this trend has been mass transit, which in the US has posted significant ridership gains – increasing by 2.1 percent from 2007 to 2008. Ridership on Tri-Met saw a similar increase during those years, but is down about slightly since 2009 – a sign of difficult times at the agency, where several fare increases, reductions in service and a deep recession have dampened ridership.

Money to restore Tri-Met’ service would be a good place to put funds not spent on the Columbia River Crossing.

Such a move would mimic the actions taken after the demise of the Mt. Hood freeway in the 1970s and 1980s. Money earmarked for the freeway was redirected to light rail and other road projects around town.

And while we’re at it, we would like to see some of the Columbia River Crossing funds used to match federal investments in high-speed commuter rail trains, which would give people who ravel up and down the West Coast a fast alternative to driving or flying.

An investment in high-speed rail may reduce the commuting time from Vancouver to downtown Portland to about 12 minutes — half the time it would take by light rail or auto. But the CRC says not many people would be likely to use it. Maybe not, but who says we should devote the lion’s share of our transportation dollars to building a megabridge that would help cut the commuting time for Vancouver residents by a few minutes each day?

Commuter rail would dovetail nicely with consumer preferences that have shifted to urban, walkable environments associated with less vehicle travel.

In the future, walking will be encouraged by gasoline prices that are expected to continue to rise as we enter the era of “Peak Oil” – a time when we can no longer assume that gas and oil will be cheap and plentiful. Global production of both oil and natural gas is likely to reach its historic peak soon, if it hasn’t already, according to a 2007 report from the Portland Peak Oil task force.

Until it fills up with traffic, the CRC expects the new freeway bridge to reduce the length of the morning and afternoon commute for a just a few years. The CRC predicts that period of free-flowing traffic will last at least a dozen years after the bridge opens, but others are not as optimistic, such as the Multnomah County Health Department, which is worried about increased traffic’s impact on public health.

“It will only be a matter of time before an expanded highway bridge again reaches capacity and congested conditions occur,” the county said in comments to the CRC’s Draft Environmental Impact Statement.

The CRC will also contribute to congestion at traffic chokepoints located nearby, like on Interstate 5 from the Rose Garden to the junction of I-84, These locations are expected to become more and more congested as our population grows. Congestion now clogging I-5 is expected to shift to this area after the megabridge is built

Then where are we, aside from our pockets being $10 billion lighter?

As the Rose Garden stretch of I-5 becomes more and more congested, we will surely hear a loud outcry from commuters and highway planners like for fixing congestion around the Rose Garden. So kiss another billion dollars goodbye. Then we will hear more grumbling about the congestion on I-205, I-405, US 26 and on the Marquam and Fremont bridges. Where will it end? If you are going to join the freeway arms race, you need to get all in. But keep in mind that you are never, ever, going to win.

The solution, then, is to make it less convenient, and more expensive, for people to drive. How do you do that?

One sure way to encourage less driving is to make it even more expensive to get behind the wheel by charging tolls and other fees. People will complain, but they can learn to live with the new fees if they stop driving. Then they’ll save money that wouldn’t be needed for on new roads.

People may not like the fees, but they will find support among others are subsidizing their driving habits.

Drivers don’t pay for the higher medical costs paid by others who breathe cars’ toxic exhaust. Nor do they pay for the damage they cause from their greenhouse gas emissions.

There’s little chance that our old driving culture will ever return, writes the New York Times’ Nate Silver in the August 2009 issue of Esquire.

“Americans have rarely cut back on their driving so consistently for so long,” Silver wrote after reviewing data showing that driving was down for 15 consecutive months in the US.

Silver found that higher gas prices and a rising unemployment rate contributed to the automobile’s decline, but those factors couldn’t fully explain the decline in driving.

“Could it be that there’s been some sort of paradigm shift in Americans’ attitudes toward their cars?” Silver wrote. “Perhaps, given the exorbitant gas prices of last summer, Americans realized that they weren’t quite as dependent on their vehicles as they once thought they were.”

Gasoline prices are on the rise again in 2011, and appear to be headed for $4 per gallon before long.

Driving is not as crucial to American lives as it once was in the Happy Days of the 1950s. Thanks to the rise of the Internet and e-commerce, people no longer need a car to get anything: everything you need can be purchased online and delivered to your homes the next day. Flexible schedules and telecommuting have allowed workers to stay at home. Building a new bridge will encourage more of them to get behind the wheel. 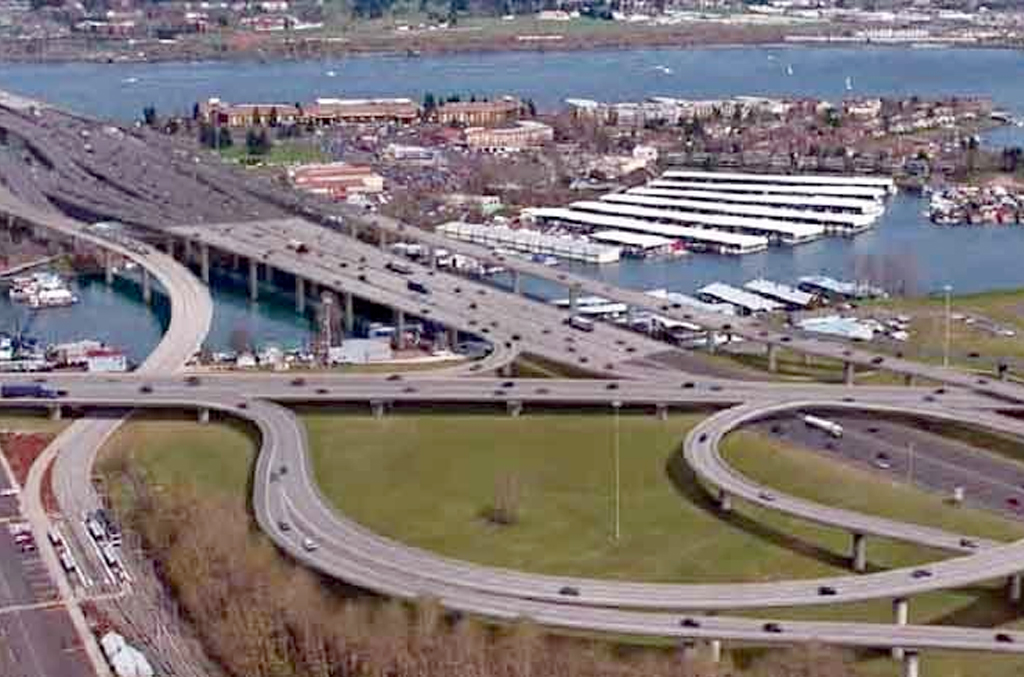 OPINION: Did The Oregonian misinform its readers about an expensive, unneeded bridge to an unwary public?