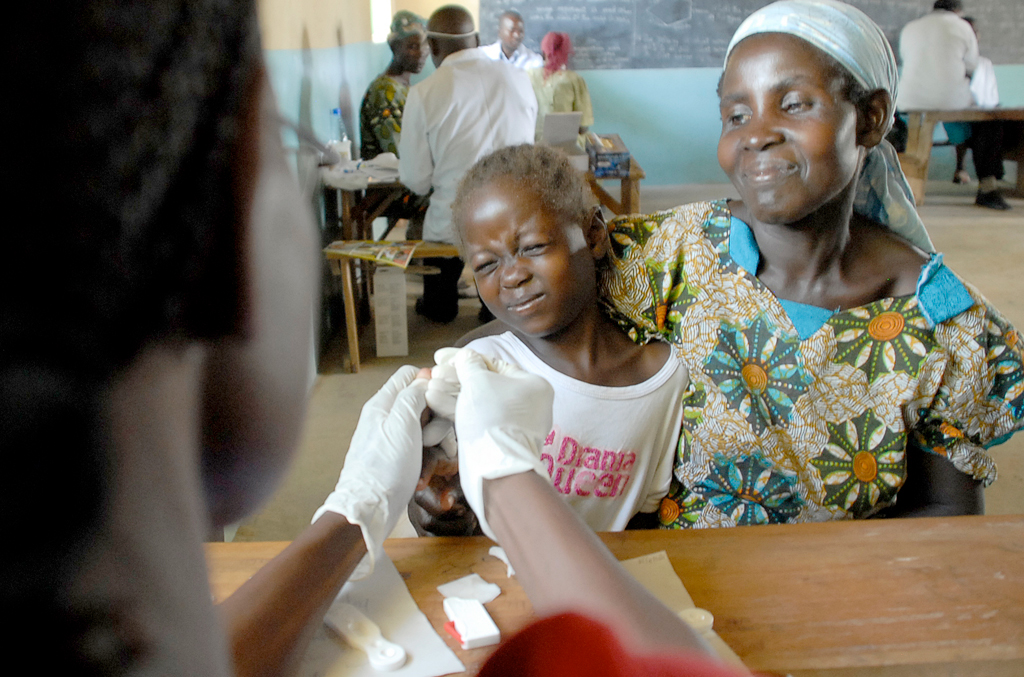 This article was first pubt published in Earth Island Journal.

A large cache of emails released this month show that the Bill and Melinda Gates Foundation is stepping up its efforts to promote the deployment of a controversial new genetic engineering tool known as “gene drive” to help eradicate malaria in Africa. However, some of the scientists who had initially proposed using the technology for public health and conservation purposes are having serious second thoughts about deploying it outside of labs.

Gene drives can help circumvent traditional rules of genetic inheritance and force a desired, specifically selected, genetic trait through a population. Given the almost magical possibilities it offers to enhance beneficial traits or remove undesired characteristics in living things – think eradicating pests without using toxins, or saving an endangered species by making them immune to certain diseases – the technology has captured the imagination of many in the fields of conservation and public health.

The Bill and Melinda Gates Foundation, which considers gene drives “necessary” to end malaria, has invested some $70 million on Target Malaria, a research organization based at Imperial College in London that is working on preventing deaths from malaria, which numbered 438,000 worldwide in 2015. Target Malaria is planning to release genetically modified Anopheles gambiaemosquitoes – the main malaria vector in Africa – in Burkina Faso. These modified mosquitoes would be equipped with gene drives that would disrupt the reproductive systems of successive generations and eventually cause them to go extinct. The project would be the first field trial of gene drive technology.

The release of 1,200 emails by the Genetic Biocontrol of Invasive Rodents (GBiRD) program at North Carolina State University, provide fresh insights into the work of groups like the Gates Foundation and GBiRD that are promoting the use of gene drive biotechnology. (GBiRD is a partnership of seven university, government and non-government organizations advancing gene drive research.)

The emails – which were released in response to freedom of information requests submitted by Edward Hammond, a biosafety activist from Austin, Texas –also show that the environmental advocacy group Island Conservation is developing plans to use gene drives as a mechanism for exterminating invasive species on the islands of Hawaii, New Zealand, and Australia.

Hammond made the emails public just two weeks after one of the key proponents of the gene drive technology, Kevin Esvelt, published a report saying the technology was too risky to be used in field trials to control invasive species. Esvelt, a professor at MIT who first identified the potential for gene drives to alter wild populations of organisms in 2013, is now warning, once unleashed, gene drives will prove difficult if not impossible to control. Esvelt said that projects that are planning to conduct gene drive experiments to control invasive species in the wild should first invent safer forms of the technology.

In theory, the release of these genetically altered mosquitoes or invasive pests like rats, would cause all the members of a targeted population of mosquitoes or rats to go sterile, eventually exterminating that and only that population. But new research by Esvelt and his colleagues at MIT and Harvard University suggests that gene drive deployments are more than likely to go haywire, with potentially disastrous consequences for non-targeted animal populations and ecosystems. (*Check update/clarification on this below.)

In a paper published in the non-peer reviewed scientific journal BioRxiv, Esvelt and his colleagues wrote that, once unleashed, gene drives will prove difficult if not impossible to control.

The paper, “Current CRISPR gene drive systems are likely to be highly invasive in wild populations,” is currently in pre-publication review. CRISPR refers to Clustered Regularly Interspaced Short Palindromic Repeats, a new technology that allows scientists to alter genes by editing strands of DNA. CRISPR’s invention in 2012 by scientists at the University of California-Berkeley and MIT led to the development of gene drives two years later in Esvelt’s research laboratory.

In the BioRxiv paper, the scientists said that mathematical models based on existing empirical data show that in their current form, gene drives cannot be deployed without harmful side effects. Their modeling showed that gene drives can be very aggressive and even a handful of gene drive modified organisms could carry the new gene, not only through much of the targeted population of a certain species, but also on to non-intended populations. For example, under their models, a gene drive released in Hawai’i to kill a specific kind of mosquito on the island of Kauai would eventually start targeting a different kind of mosquito on the island.

“Releasing a small number of organisms often causes invasion of the local population, followed by invasion of additional populations connected by very low gene flow rates,” they wrote. “Highly effective drive systems are predicted to be even more invasive.”

On the same day his BioRxiv paper was released, Esvelt expressed regret for ever proposing gene drives be used in real word experiments. In an interview with the New York Times, Esvelt called his championing the notion “an embarrassing mistake” given the predicted invasiveness of current CRISPER-based drive systems. But he and his colleagues still thinks researchers should continue exploring ways in which gene drives could help save species that are in peril.

The new report confirms concerns that many within the scientific and environmental community have had about the unknown ecological and public health risks posed by a technology whose basic purpose is to spread genetic mutations.

Nevertheless, the GBiRD emails show that that the Gates Foundation is ploughing ahead with its research on gene drives as a mechanism for eradicating the mosquito that causes malaria (which, it should be noted again, is not an effort to control an invasive species, but rather an effort to eradicate a disease-carrying insect). In 2016, it made a $1.6 million payment to Emerging Ag, a PR firm it retained for the purpose of influencing a United Nations expert group that has been addressing gene drive issues. The group, the Ad Hoc Technical Expert Group on Synthetic Biology (AHTEG), was convened by the UN’s Convention on Biological Diversity.

Hammond, who posted the emails to his website, is a former member of AHTEG.

In one of the emails, the Gates Foundation said it hired EmergingAg to “increase awareness, understanding, and acceptance of possible gene drive applications for public good purposes.”

One of EmergingAg’s initiatives has been to recruit scientists who will advocate for gene drives. For example, in an Aug. 1, 2017 email thread, Isabelle Coche, a vice president of EmergingAg, is trying to recruit Fred Gould, codirector of the Genetic Engineering and Society Center at North Carolina State, for advocacy work.

The email asks Gould to "support advocacy and engagement activities on gene drive.” Gould, however, demurs, saying, “it would be problematic for me to be involved,” adding that such advocacy would “compromise” his role on a gene drive ethics committee.

Coche’s role at EmergingAg, according to another email, is “to fight back against gene drive moratorium proponents before the next CBD meeting in 2018.” This was in reference to calls from several anti-gene drive groups for an international moratorium on gene drive research in petitions last year before the United Nations Convention on Biological Diversity (CBD). The CBD rejected those petitions, which are likely to be repeated at next year’s CBD meeting.

On its website, Emerging Ag calls itself “a boutique international consulting firm providing communications and public affairs services.” Its president and founder is Robynne Anderson, a former international communications director of CropLife, the global lobby group for the biotechnology, seed, and pesticide industries based in Brussels, Belgium.

On her personal website, Anderson praises gene drives without actually mentioning the biotechnology by name.

“The Target Malaria team is researching approaches that can reduce the numbers of mosquitoes that spread malaria,” she writes. “By reducing the population of the malaria mosquito, (a very specific beast called Anopheles), they are able to combat transmission of the disease. Their strategy relies on reducing the number of female malaria mosquitoes.”

She said this approach “is expected to be complementary to other mosquito control methods, easy and inexpensive to implement, because the mosquitoes themselves do the work of stopping malaria. The control method would be a long-term, sustainable, and cost-effective solution to prevent malaria.”

Austin Burt, professor of evolutionary genetics at Imperial College London and principle investigator for the Target Malaria consortium, said in an email that “a blanket assertion that ‘gene drive field trials pose unacceptable risks for ecosystems’ is not consistent with how I understand [Esvelt’s] position – risks must always be assessed on a case-by-case basis, as they will depend on the exact features of the construct and the species / population into which it is to be released. Rather, I believe he is calling for inclusive, informed discussion of the risks, which I certainly agree with.”

Burt said Esvelt’s paper “just shows that a particular type of gene drive construct may be expected to spread from one population to another when there is naturally-occurring gene flow, which indeed is correct.”

As for the Target Malaria initiative, he said that although “we are one of the leading groups working on developing this sort of technology, we are still many years (>5) from having something that we might propose to release in the field, and indeed we are still working on the path to get to that point.” Safety, he said, “is paramount, for humans and the environment. Malaria imposes an appalling burden across too much of sub-Saharan Africa, and we want to be in a position to offer something that people and governments will want to use to help reduce this burden.”

He emphasized that when Target Malaria develops a gene drive it “will go through extensive safety testing before we would consider releases.”

Island Conservation, meanwhile, sees gene drives as a tool that can rid islands of invasive pests without the use of chemical pesticides. The group says that 180,000 islands around the world are infested with alien rodents, but only 400 rodent eradication programs to date have been successful, and each relied on rodenticides to remove the non-native populations.

Heath Packard, a spokesman for the group, told Earth Island Journal that the group “is investigating the feasibility and suitability of a potential gene drive mouse construct that could safely and effectively remove invasive species from islands. The question is not only could we, but should we and under what conditions. Local communities and their governments will need to decide on a case by case basis.” But he said that Island Conservation “would never contemplate even asking a community to consider a highly-contained field trial unless work in the genetic laboratories demonstrated that the mouse construct could not, itself pose unmitigated harm to well-established parts of our ecosystem.”

“This work must be done, cautiously, thoroughly, and stepwise,” he said. “That’s exactly what our partnership is doing.”

*UPDATE, December 22: To be clear, this risk is not of gene drives spreading to other species. The risk is that they could spread to other populations, or rather, sub-species of the same species — for example to any of the other 205 mosquito species in the Anopheles subgenus — and as a result impact local ecosystems where they might serve key roles, such as, as a food source for other critters. This report isn't implying that gene drives can jump the species barrier spread to other species. 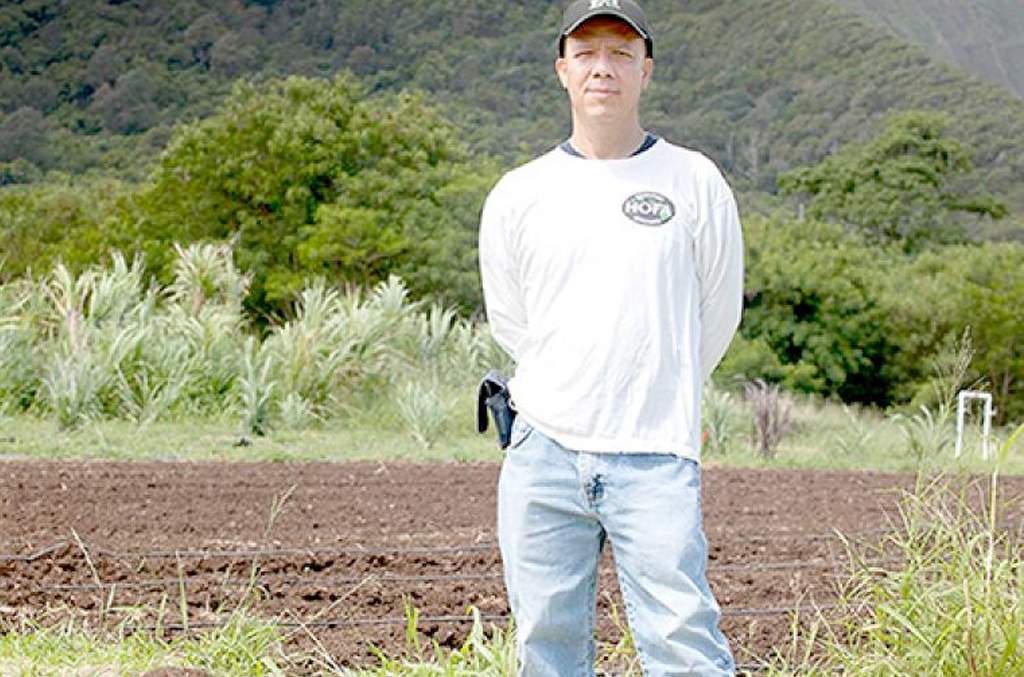 The Silencing of Hector Valenzuela 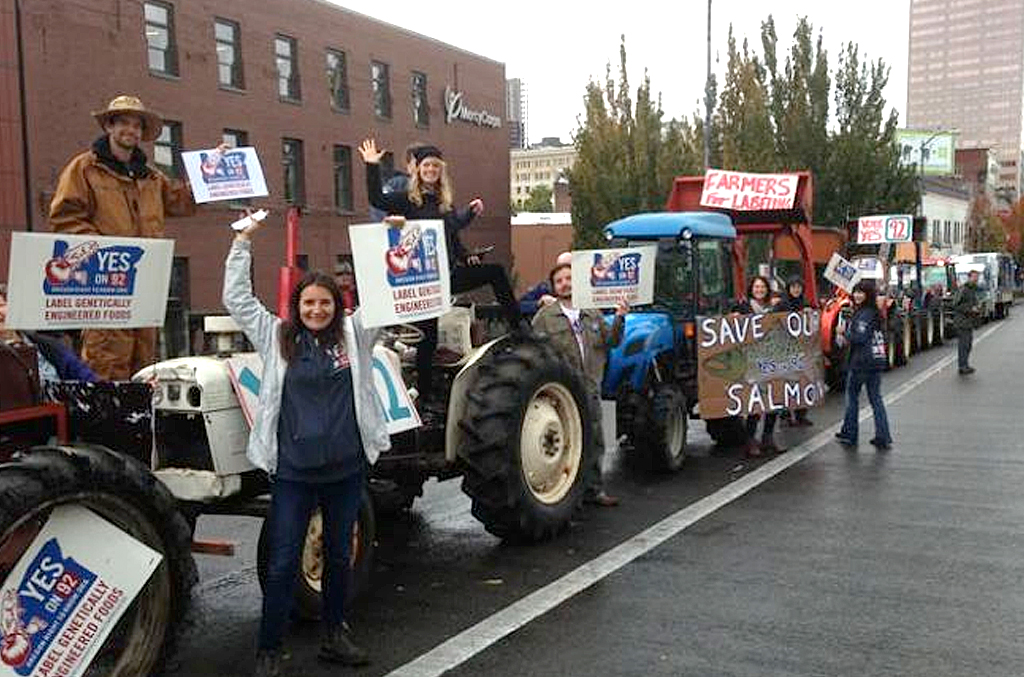 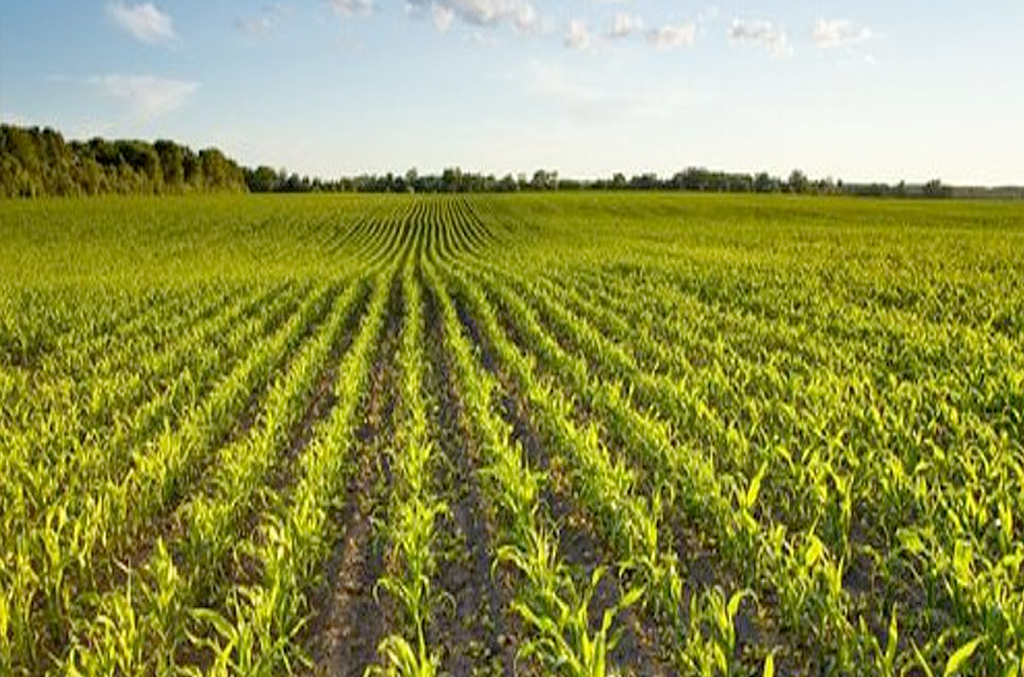 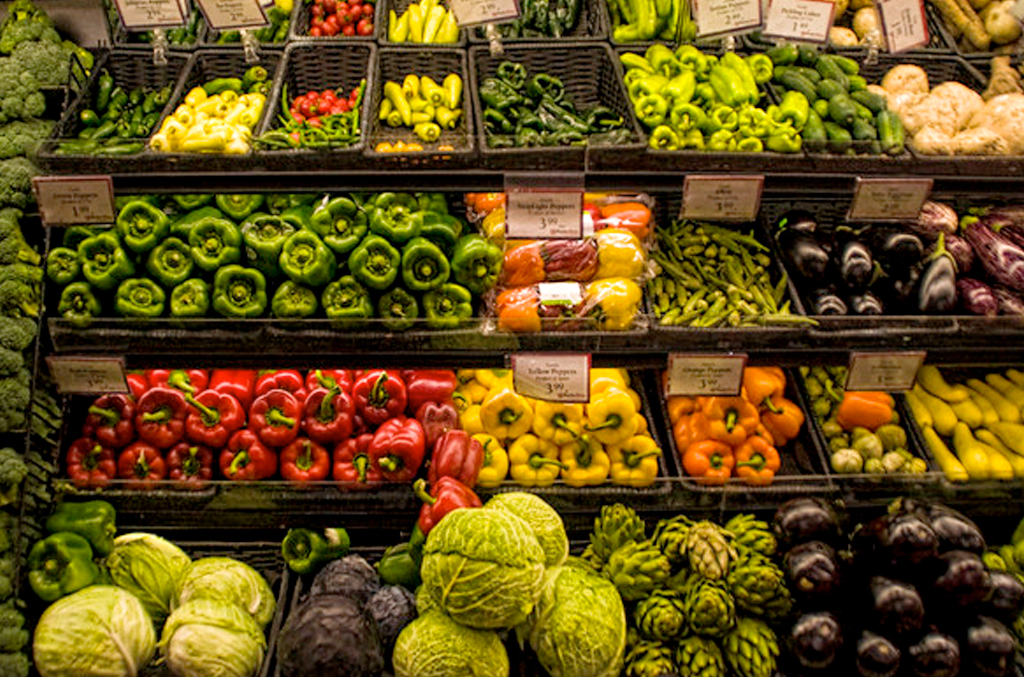 A Very Different Kind of GMO is Headed to Supermarket Shelves 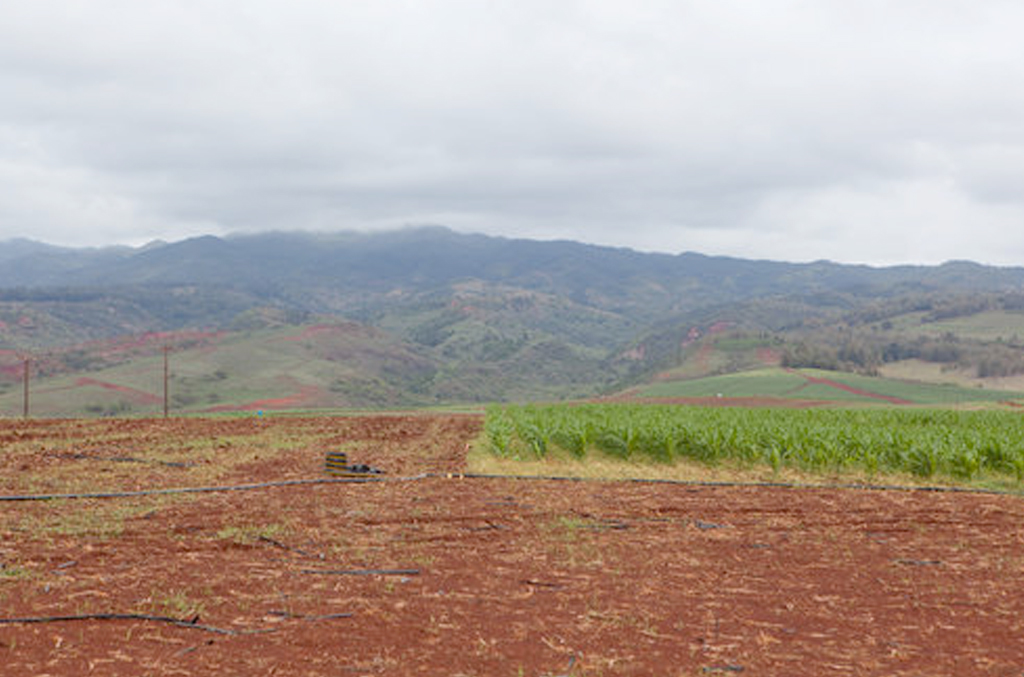 When it Comes to GMOs, the Devil is in the Details 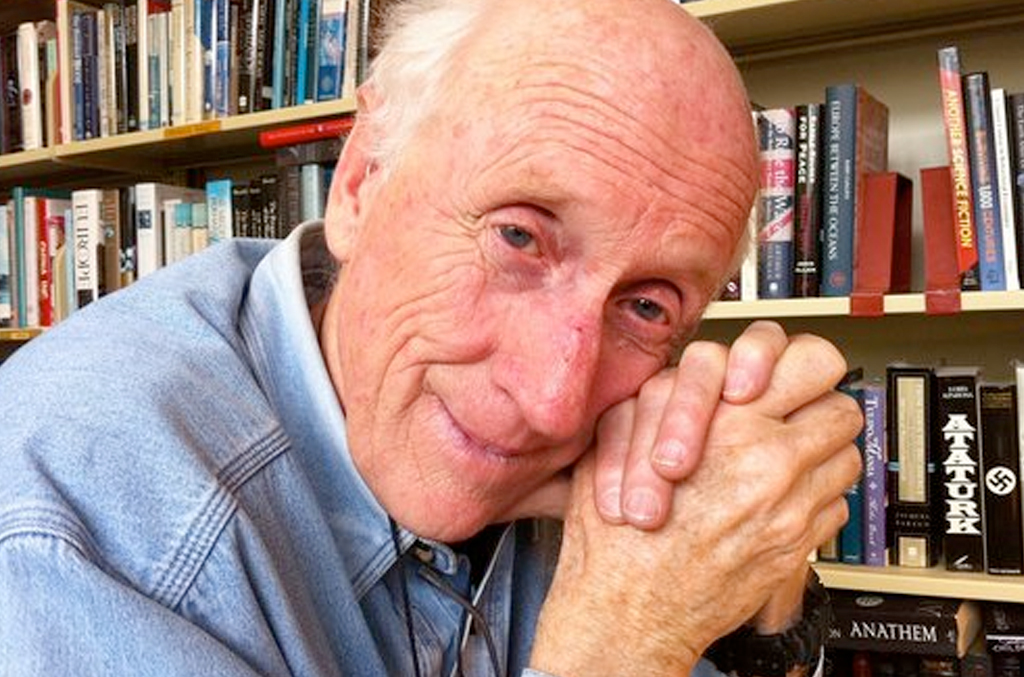