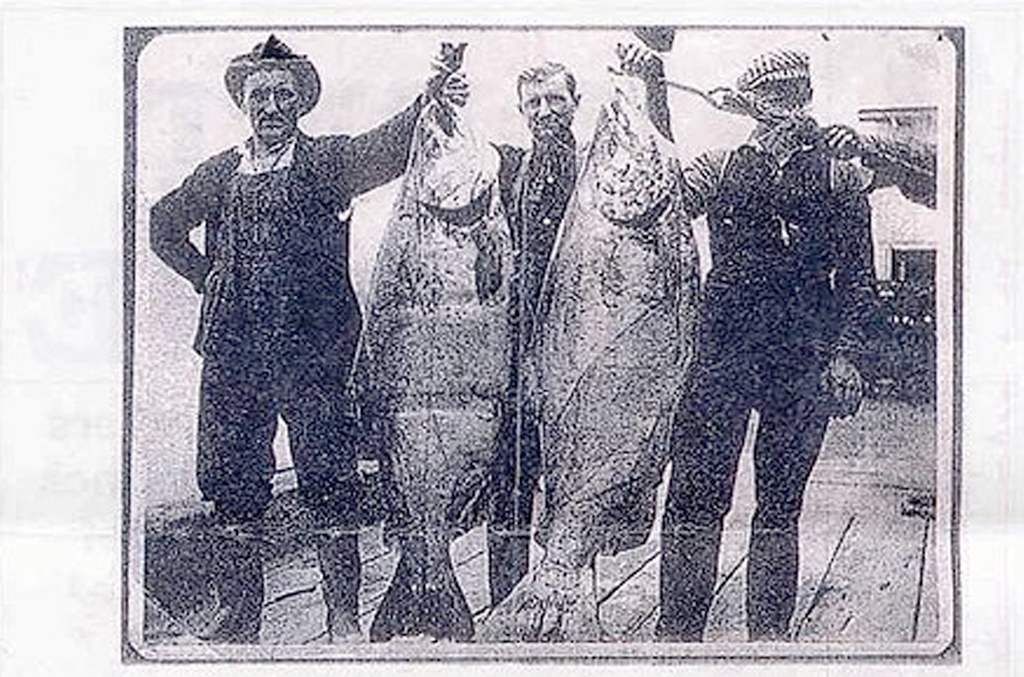 In the lore of Columbia River salmon, the legend of the “June Hogs” stands apart.

June Hogs were said to be a line of supersalmon, capable of swimming 1,000 miles up the Columbia River and into Canada. They were reportedly as large as a small person, weighing 125 pounds or more.

Historical accounts say that adult summer Chinook had large energy reserves, produced large numbers of offspring, and were able to traverse the river and spawn in the late summer and fall north of the Canadian border.

Radio telemetry has tracked Chinook in the Upper Columbia all the way upstream to the Chief Joseph tailrace, the downstream part of the dam.

However, there are doubts about the legend of the June Hog. In 1995, NOAA Fisheries studied whether the remnant run of “June Hogs,” if it still existed, warranted listing under the Endangered Species Act. The answer it gave was no.

“We found no empirical evidence indicating that a unique population of massive fish ever existed in the Columbia River,” NOAA said.

However, NOAA said that given the estimated large size of the Columbia River Chinook runs, “very large chinook salmon were undoubtedly common in the past. A few are occasionally observed today.”

It is possible that June hogs were simply the largest members of many different spawning populations, NOAA said. But by the early 1900s, overfishing had largely extirpated the majority of Columbia River chinook salmon, particularly the largest individuals.

Since 1977, the number of summer Chinook passing Wells Dam on the Upper Columbia has ranged from 1,343 in 1992 to 62,595 in 2002. In 2006, some 25,671 summer Chinook passed the dam.
The wild run appears to be all but extinct, but the hatchery run has been rebounding, with smaller ocean harvests and spill to aid juvenile migration at the five mid-Columbia dams.

And yet, the future of the summer run is now in greater doubt than ever. The state of Washington is planning to phase out the summer fish at hatcheries in favor of spring-run Chinook.