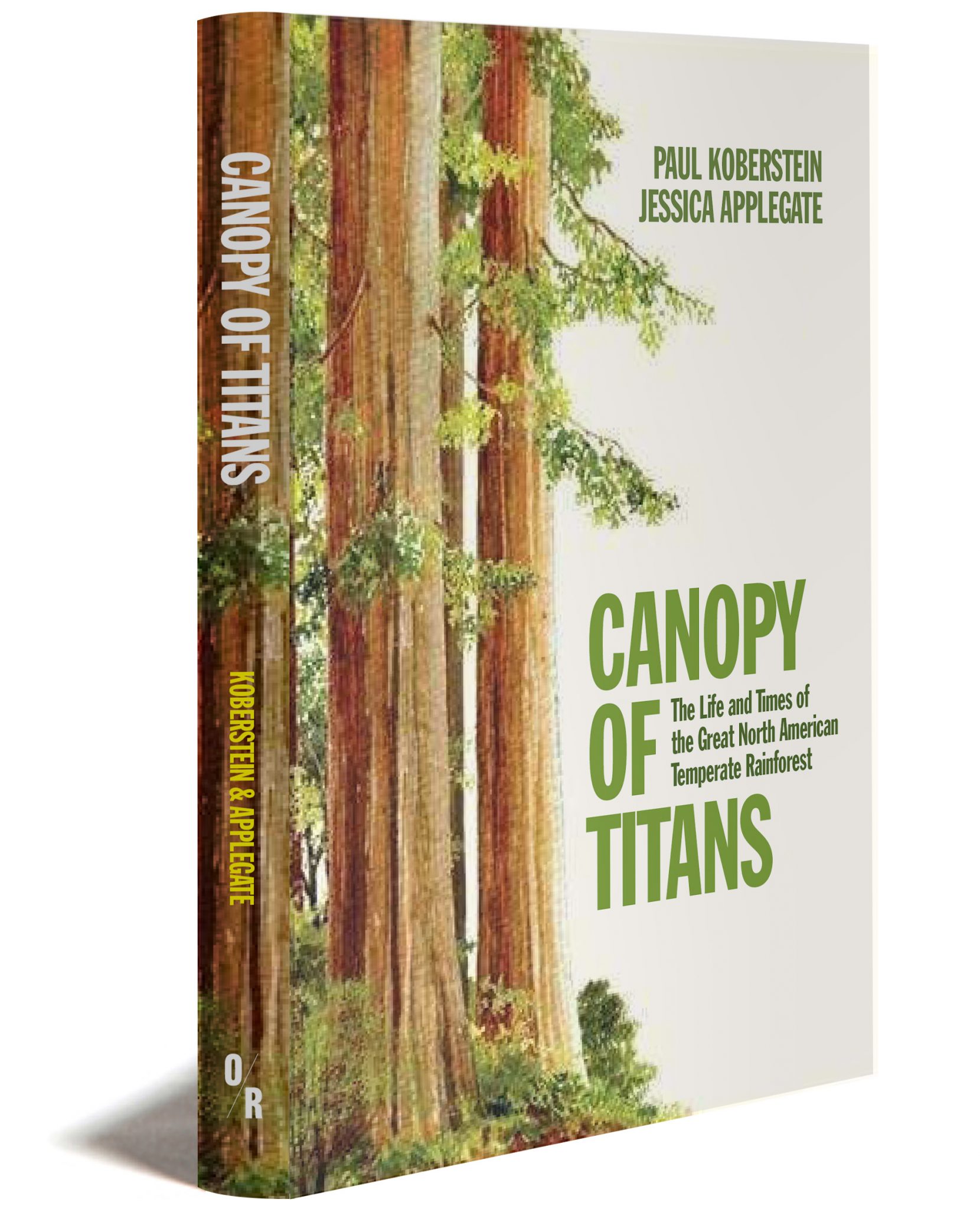 CANOPY OF TITANS: The Life and Times of the Great North American Temperate Rainforest

“We've understood that the Amazon rainforest is crucial to the planet but, as this very fine book makes clear, it is no more important than the great temperate forests of the Pacific coast.”
—Bill McKibben

Canopy of Titans examines the global importance of the Pacific Coastal Temperate Rainforest that stretches from Northern California to Alaska. It catalogs the threats to this vital environmental resource.

The product of years of on-the-ground reporting, this richly illustrated book celebrates the beauty and complexity of one of the world’s great forests. It provides readers with easy-to-grasp insights into the science behind carbon sequestration and the value of forests as climate mitigation. The story is organized along two broad narratives: A geographical arc runs from south-to-north beginning with the redwood forest of Northern California and ending in the Tongass National Forest in Alaska. A temporal arc starts with wildfires raging across the American West in the summer of 2020 and ends at the UN Climate Change Conference in Glasgow in November 2021, with many historical flashbacks in between.

Along the way, Applegate and Koberstein pull back the curtain on policies of governmental bodies that have seriously diminished the rainforest’s capacity to store carbon, and uncover industry practices that have led to the destruction of swaths of a major ecological resource. Additionally, using an environmental justice perspective, the book shines a light on the indigenous communities that have lived in the rainforest for millennia, and the impact forest policies have had on their lives.

Paul co-founded Cascadia Times in 1995 and has been its editor ever since. Paul, a journalist for 40 years, was a staff writer for The Oregonian and Willamette Week in the 1980s and 1990s. In 1995, Utne Reader named Cascadia Times one of the best new environmental publications in North America. In 2016, Paul won the Bruce Baer Award given annually to an Oregon journalist for excellence in investigative journalism in recognition for his investigation of industrial toxic air pollution. In 2004, he won the John B. Oakes Award for the most distinguished environmental journalism in the United States for a series of articles on wildlife poaching in Hawaii and the North Pacific Ocean. Paul is a native of Oregon and currently resides in Portland.

Jessica is managing editor and photographer for Cascadia Times.  She is a lifelong environmental activist and public servant and works with young  children with special needs. Jessica is a founding member of Eastside Portland Air Coalition, a grass roots group that spurred creation of statewide air toxics regulatory overhaul, Cleaner Air Oregon. She was appointed by Governor Brown to the subsequent rules advisory committee resulting in the passage of historic legislation curbing industrial air pollution in Oregon.  She is currently an advisory board member for Beyond Toxics in Eugene, Oregon. Jessica holds a master of communication sciences degree from California State, Northridge. ​​During her stint with Cascadia Times she co-wrote award-winning articles exposing fraud in California’s carbon offsets program.  She also owns a small-scale organic vineyard in Douglas  County,  Oregon and loves to wander in the woods whenever the stars align. Jessica resides in Portland, Oregon 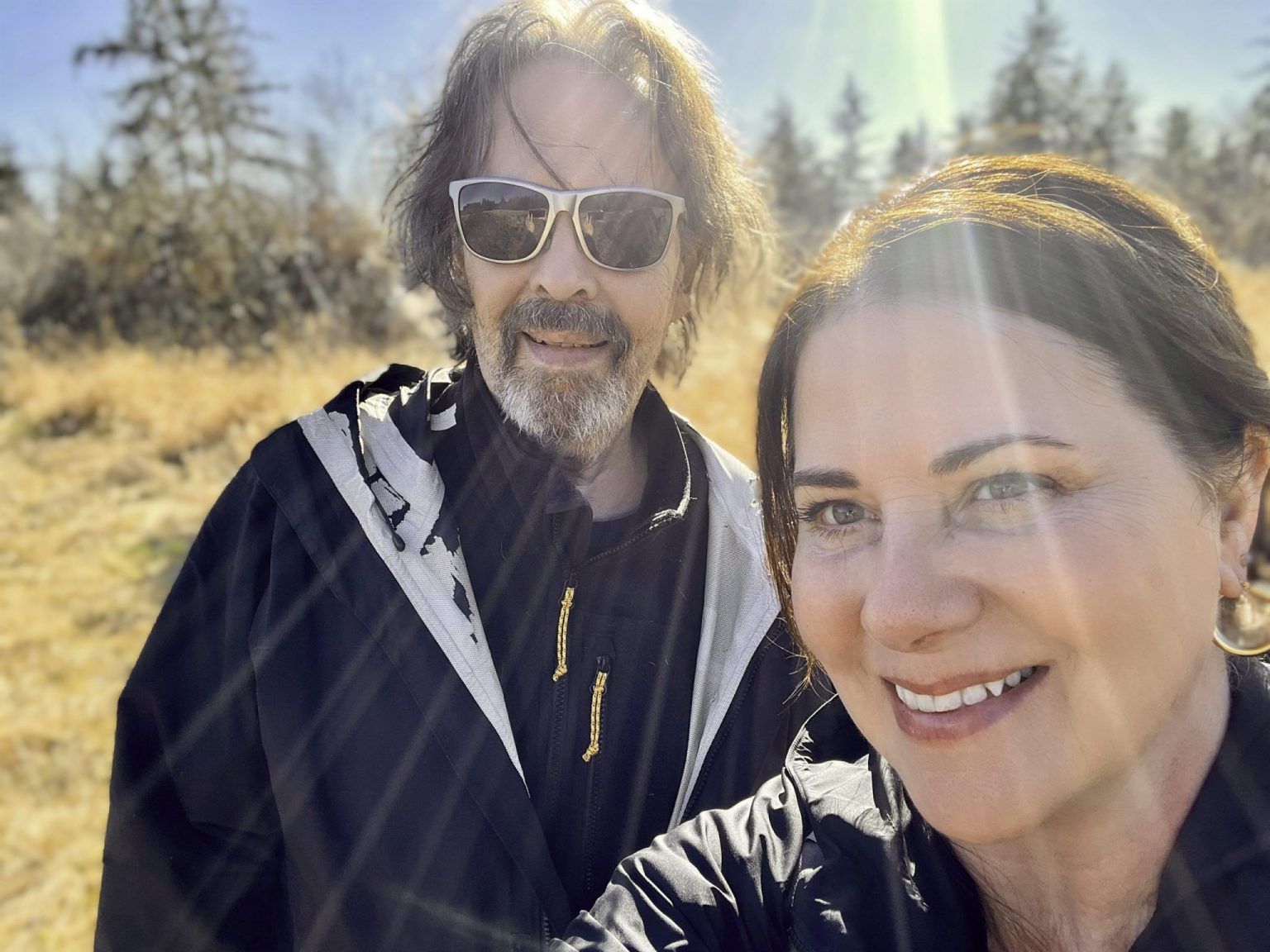 The Amazon of the North

In 2020, when we were in the midst of writing Canopy of Titans, an unprecedented ring of deadly firestorms engulfed the giant conifer rainforest surrounding our hometown of Portland, Oregon, packing blood-red skies with a thick grit. Our lungs filled with smoke. We ached with every labored breath.

Some of the most severe wildfires ever in the American West torched the parched landscape with great fury, but we weren’t alone in the crosshairs. Forests burned everywhere: the Americas, Europe, Africa, Asia, and Australia. The most intense fires burned through the giant eucalyptus forests of southern Australia. Australians called the season their “black summer,” the smoke so thick it triggered home fire alarms in Sydney. Smoke also smothered Africa from the Sahel to South Africa. And in South America, more than 80,000 fires blazed through the Amazon rainforest, many ignited by humans clearing land for agriculture.

Forests were supposed to be our last line of defense against climate chaos, but instead have morphed into an existential threat. Fires and deforestation have transformed damaged forests worldwide into big polluters, alongside coal and other carbon-belching industries.

Over the last decade, people died by the thousands in heat waves, fires, hurricanes, floods, and famine – all supercharged by the chaotic climate. But the rampaging climate is just getting started on its fiery path of destruction. Severe weather events rarely seen in normal times are now seasonal menaces. Seasonal menaces are now the new normal. We decided to write Canopy of Titans to see what must be done to get back to the old normal, or if it’s even possible.

We are concerned about wildfires, but do not intend to disparage them. Forests evolved with fire. Fire is a necessary element in a healthy, fully functioning ecosystem. Fires enable ecosystems to regenerate. After a fire, the forest will regrow. But wildfires can bring horrific consequences to the human communities that encroach too deeply into the forest. Fires burn homes and towns, causing death and destruction all along their path.

Climate change is drying out the fast-burning organic material that collects on the forest floor, and has been linked to a doubling in the number of large fires between 1984 and 2015 in the western United States. Unless communities move out of their way, fires will become increasingly more dangerous as the climate continues to change.

Doomsayers tell us human civilization is already toast. The worst consequences of climate change may be avoidable, but humanity is not likely to take the necessary actions. Optimists, on the other hand, insist there is still time to act. Resolving the climate crisis will be a test of our will, ingenuity, and ability to cooperate.

From the start, we knew the solution must include no more burning fossil fuels. Decisive steps have been taken in this direction. Gasoline-powered cars and coal plants are on the way out. Renewables, electric cars, and batteries are in. Much more must be done to shut off the oil spigot, but ending the oil age won’t end the crisis. Industry has dumped about 283 gigatons of carbon into the air since the beginning of the Industrial Revolution in the 18th century, a vast amount, and almost all of it is still up there. We won’t be safe until we remove the excess carbon, and find a secure place to put it.

But where? People are spouting all kinds of ideas, some loony, some self-serving, some promising. Corporations are betting on unproven technologies known as carbon capture and storage (CCS), or methods that would trap carbon pollution before it enters the atmosphere, or remove it from the air and store it underground. The technology so far has failed to deliver the promised results. Globally, only twenty-six CCS plants are in operation today, removing a paltry 0.1 percent of annual carbon emissions.

In our search for a more effective way to deal with the excess carbon, we reviewed hundreds of academic papers and interviewed dozens of scientists. They told us the most promising – and proven – carbon capture technology is the tree. Only forests, ecosystems of trees, roots, soils, woody biomass, can remove carbon from the air and store it for centuries at the necessary scale. Nothing else comes close, other than the oceans.

But not just any forest will do. Some people say we should be planting trees, but as a climate solution, the benefits of tree planting have been exaggerated. The tree you plant today won’t store much carbon for decades, and after that, it’s slow rolling. We don’t have time to wait.

On the other hand, existing forests, especially old-growth forests, can help right now. Older, mature, and maturing forests are already sequestering massive amounts of carbon and, if protected, can continue storing it for centuries. Protecting these forests must be part of any climate mitigation strategy, along with shutting down carbon emissions – the two essential components of an effective climate strategy.

But acre-for-acre, tropical rainforests are not particularly carbon-rich. Our research told us the world’s most carbon-dense forest is located instead along the North Pacific Coast, in the temperate zone halfway between the tropics and the Arctic Circle – the forest in our backyard. Though it has no official name, some people call it the Pacific coastal temperate rainforest. It is the largest temperate rainforest in the world, and home to the world’s tallest trees.