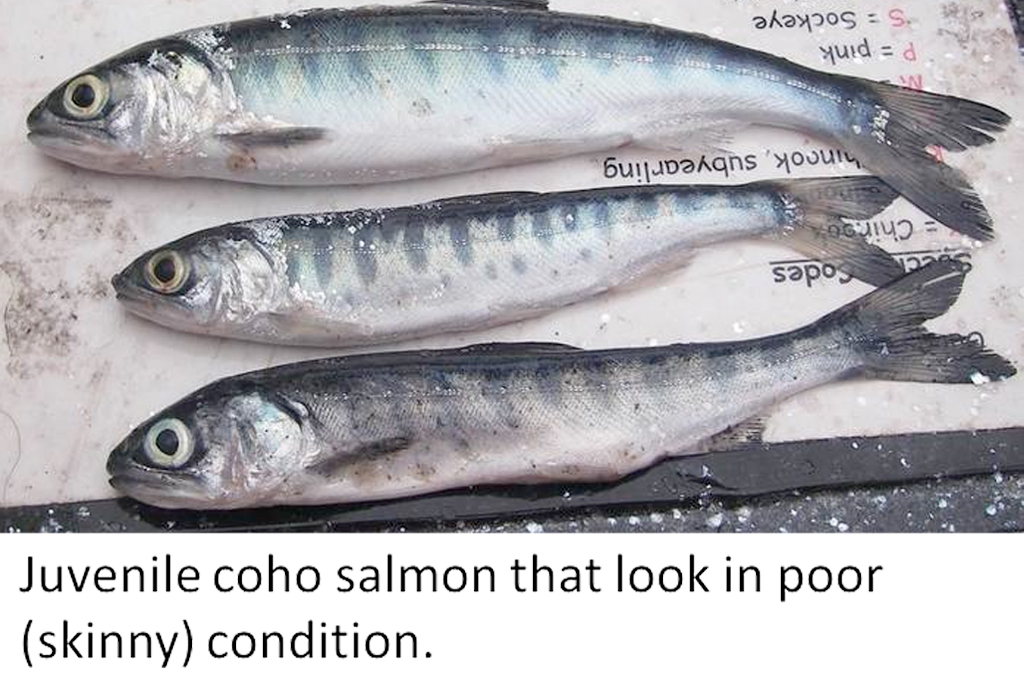 Throughout the year, the Columbia River system is carefully operated to help juvenile fish survive passage through the dams and reservoirs, or so Bonneville Power Administration wants you to think.
But the agency doesn’t like to talk about the trauma Bonneville is putting fish through as they endure dams and barges. From reading its public relations material, you wouldn’t know that that almost all of these fish die from the stress.

In fact, cheating the salmon has long been one of Bonneville’s specialties.

In 1980, when Congress passed the Northwest Power Act, it provided a new opportunity to restore salmon runs in the Columbia Basin. The Act created a Fish and Wildlife Program for the region, and required the Bonneville Power Administration to implement or pay for much of it.

Bonneville at the time was ignoring a federal law called the Fish and Wildlife Conservation Act, according to other federal agencies. Bonneville, in fact, didn’t believe it had obligations to change its hydrosystem operations on behalf of the salmon. Administrator Sterling Munro said in a letter to fishery agencies in 1978 that the agency was “committed” to “aid the juvenile fish migration” so long as it didn't cause any loss of power generation.

The Act created an entity that Bonneville had to answer to, the Northwest Power and Conservation Council. The Council created the region’s Fish and Wildlife Program, and the Power Act told Bonneville to act “in a manner consistent” with the program.

One of the Council’s earliest measures in the program requiring minimum flows to speed migrating smolts swiftly through the deadly reservoirs. Before the dams were built, smolts from Idaho could reach the ocean in at least 25 days. After the dams were built, the journey could take more than 50 days, with devastating impacts on the fish.

But Bonneville has continually ignored the flow requirements. It has used fish flows in ways that maximized power production while hurting fish. It has paid millions to a University of Washington consultant named Jim Anderson who claims greater flows don’t help fish, despite overwhelming evidence that they do.

In 1986, NOAA Fisheries reviewed how well Bonneville was complying with the Power Act’s requirement that fish be given equal consideration to power at the agency. But NOAA reported that Bonneville’s priorities put salmon last, after power, flood control, irrigation and reservoir refill.

NOAA found that flows had not improved and that salmon survival was still just as “poor as ever.”Instead, Bonneville and the Army Corps of Engineers “created impediments” that “effectively eliminated” the benefits of flows for fish.

NOAA said that in the Upper Columbia, where Grand Coulee was supposed to be providing fish flows, fish needs were “preempted” by energy sales to outside entities.

This was a problem the Northwest Power Act was supposed to fix.

NOAA noted that Bonneville had added substantial staff to their fish and wildlife divisions, and was already disputing the expertise of agencies that were legally responsible for the fish. The power interests were putting “all the risk” on fish.

Bonneville was even deciding what salmon protection measures are needed, and which to ignore.

Today, now two decades later, Bonneville is still not providing needed flows, as determined by NOAA, more than half the time. The next time Bonneville actually implement all the fishery agencies’ recommendations would be the first time in its history.