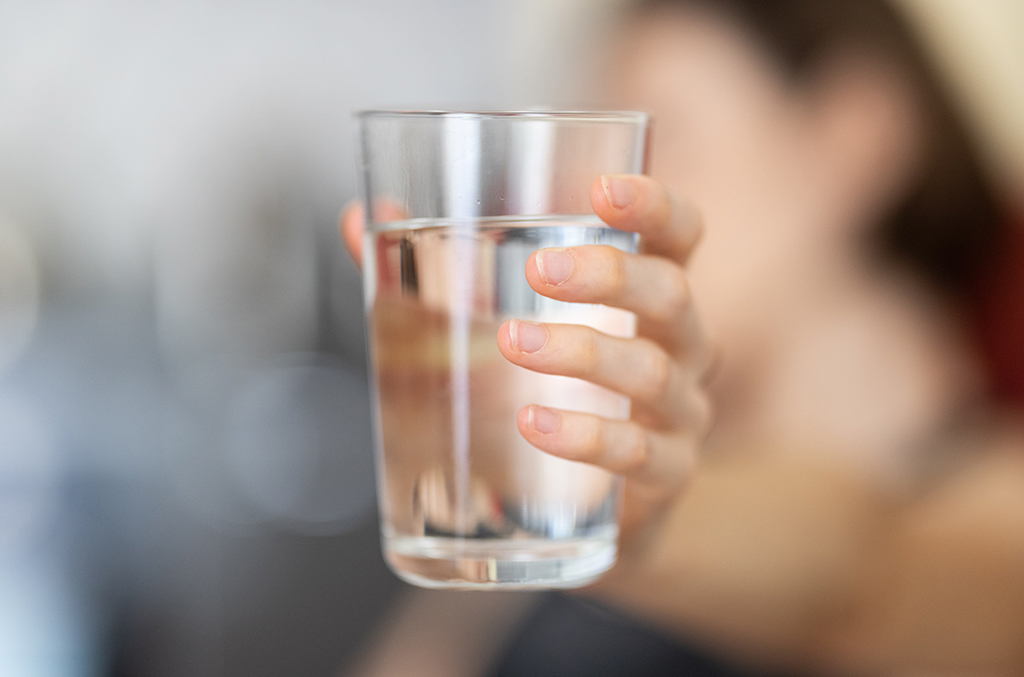 When the prospect of adding fluoride to Portland’s drinking water reared it’s head once again, our first reaction was how unlikely in today’s times of enlightenment about toxins and the sacredness of all things natural, in a progressive city that historically has stood against conventional medicine by voting against fluoridating public waters when other major US cities supported fluoridation, that Portlanders would again be asked to allow the chemical additive fluoride in their water.

by Robin Klein and Paul Koberstein

Even more perplexing is the local wave of support for doing so. What we thought would be a slam-dunk, no way to fluoride in Portlandia, is turning out to be a contentious, heated campaign with well funded supporters facing aggressive savvy foes. The ‘science’ supporting the purported benefits and the alleged harm caused by the proposed fluoridation is simply not clear. There are some things that are known, however.

First up, effectiveness. It is well-known that some level of fluoride prevents cavities. However the amount required to prevent cavities depends on how it is applied. All agree that topical application in concentrations higher than those proposed in the drinking water is most effective. Serious questions are raised on whether the small amounts proposed to be added to drinking water would provide any benefit at all. Oregon Health Association OHA, Oregon’s lead agency on public health issues, supports fluoridation, citing the Center for Disease Control CDC’s task force findings. OHA conducted its own review of Oregon dental health yet OHA declined commenting to Cascadia Times on Portland’s Channel 2 KATU report of OHA’s recent Smile Survey numbers which indicate Portland area kids are getting fewer cavities than other areas in the state regardless of whether those communities fluoridate.

From the KATU Problem Solvers report on the OHA survey:

53.7% of the kids in the non-fluoridated areas had one or more cavities

52.03% of kids in fluoridated areas had one or more cavities

47.81% of kids in the Portland water district (which is currently fluoride-free) had one or more cavities

Looking at these results, it is hard to argue a case for fluoridation. Cascadia Times asked OHA to reconcile the numbers.

Meaningful collaboration between dental and medical providers, public health programs, schools, and others with a strong interest in oral health will be needed to support policies and programs to prevent dental disease in children. With that goal in mind, the Oral Health Program at the Oregon Health Authority’s Public Health Division recommends five effective community-based preventive measures:

The Community Preventive Services Task Force recommends community water fluoridation based on strong evidence of effectiveness in reducing dental caries across populations. Evidence shows the prevalence of caries is substantially lower in communities with CWF. In addition, there is no evidence that CWF results in severe dental fluorosis.

2) What is the rationale for fluoridating or not fluoridating? How can public health be benefited or harmed ?

Community water fluoridation is an evidence-based practice recommended by the Community Preventive Services Task Force based on strong evidence of effectiveness in reducing dental cavities across populations. It is an effective, affordable, and safe way to protect children from tooth decay and is recognized as one of the 10 greatest public health achievements of the 20th century. Water fluoridation complements but does not replace other efforts to improve oral health. After communities fluoridate their water supplies, the percentage of children in the population with at least one cavity decreases by about 15%, on average, compared to before water fluoridation. The average number of cavities experienced by children in the population also is reduced when community water fluoridation is initiated. Water fluoridation is a valuable tool in addressing oral health disparities, since everyone benefits from it regardless of age, income level, or race or ethnicity.

3) Based on the OHA Smile Survey results published by KATU and Willamette Week, it appears that Portland fares better than other cities regardless of whether their water is fluoridated or not. Please help us to reconcile these numbers if fluoridation of public drinking water is encouraged.

I won’t speak to the analyses done by KATU and the Willamette Week. I can tell you that while results in 2012 appear improved from the worsening oral health status seen between 2002 and 2007, the burden of oral health problems among school-age children in Oregon remains substantial. Cavity rates among 6- to 9-year-old children in 2012 were generally at or above 50% throughout the state of Oregon, with one region in southeast Oregon experiencing cavity rates that were substantially higher than the rest of the state. All other regions — including Multnomah County — had cavity rates that were similar to the statewide average of 52%.

Is Portland arguably any worse? Nothing solid here.

Next, safety. Is drinking fluoridated water harmful? At the proposed concentration, harm has not been demonstrated. At higher concentrations mottling of teeth can occur, otherwise known as fluorosis,  as well as a host of other harmful effects including reduced brain function, endocrine disruption, thyroid problems, and possible bone deterioration. That does not mean however that residual, milder or long-term damage would occur, nor should such damage be ruled out with the proposed fluoride additive. Cited studies are limited in scope and conclusions. Studies on environmental safety are even more scarce. At much higher concentrations salmon migration is affected, even blocked. Studies of the impacts of the proposed lower levels in the already contaminated Willamette and Columbia Rivers have not been done. For that reason the Columbia River Inter-Tribal Fish Commission CRTFC cautions against adding fluoride to the already overburdened ecosystem.

“In the Portland area, fish are exposed to many pollutants, including those from the Portland Harbor superfund site. With so many chemicals already impacting the capacity of the aquatic ecosystem, it is important to more thoroughly understand not only fluoride’s possible direct effects, but also how fluoride might contribute to the entire toxic burden these fish face. More research is also needed on any potential interactions between chemicals of concern on the ecosystem itself… Any environmental actions Portland makes has the potential to affect the migration of salmon destined for Oregon, Washington, and Idaho.” — CRITFC

Even less sufficiently reviewed are the impacts to the ecosystem of the source and impurity of the fluoride chemicals that would be added to public water. The proposed plan would use a fertilizer by-product fluorosilic acid containing trace amounts of heavy metals, lead and arsenic.

Okay, so the findings are iffy. What options then, do those who don’t want to ingest fluoride have, should the ballot measure pass? Turns out they better not be poor folk. To avoid ingesting fluoridated water, one would have to either buy bottled water or invest in a costly filtration system. The most common filters, like popular Brita or Pur, don’t do the job. Cost savings in dental care are touted in favor of fluoridated water. However, increased costs to avoid the stuff have not been considered. Given the divisiveness on this issue, that’s going to mean increased costs to a whole lot of people if the measure passes, a likely boon to bottled water companies, and leave many others with no choice but to drink fluoridated water.

Fluoridated water is no substitute for affordable quality dental care and investment by the state in children’s oral health. Throwing fluoride in the drinking water for cheap doesn’t substitute for topical fluoride treatment, avoidance or banning of harmful sugars, promotion of oral hygiene, and preventative dental care. Seems to us that everyone would be happy if the state just provided free tubes of fluoride toothpaste to Portland kids, in much the same way free kids bike safety helmets are handed out at local hospitals. More effective, cheaper for everyone, and safe.

We keep wondering still, who is behind this push to fluoridate? Crazy theories and accusations aside, established practice and conventional wisdom appear the most likely culprit. And the spinmeisters are in force in Portland on both sides of the issue. But Portland progressives are savvy, question authority and the status quo.

Unless science has proven beyond any doubt, that fluoridating public water is 100 percent safe and provides justifiable benefits, we shouldn’t be doing it. The science simply is not clear.

C’mon Portland, what are you thinking?