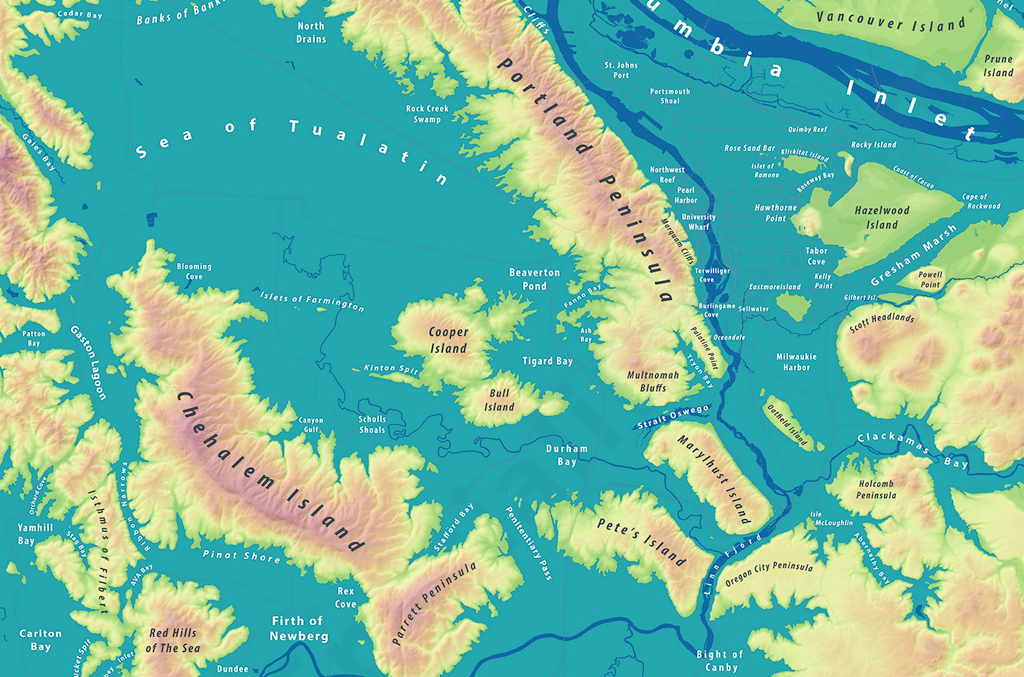 His Portland map shows an inland sea sloshing over the low-lying downtown and most of its neighborhoods, with up to 262 feet of probably very polluted water. City Hall and the Moda Center, literally, would become fish bowls.

In this future Portland, almost every building between Mount Tabor and the Pittock Mansion would get submerged. On the other hand, there would be lots of islands and bays, giving people plenty of new places to paddle a canoe. If they knocked out a window, survivors could fish from the middle floors of the 536-foot-tall US Bancorp Tower.

The tops of a couple dozen other central city buildings would poke above the surf, including the upper reaches of the 20-story Lloyd Center Tower, the corporate headquarters of Pacific Power. The electric utility’s coal plants emit huge volumes of greenhouse gases, which scientists say would trigger this calamity if they aren’t curbed soon. Most of the city’s bridges would be completely submerged, with only the steel arches of the Fremont and pinnacled towers of the St. Johns still visible.

Many new landforms, inland seas, islands and fjords would emerge in this new Portland. The West Hills would rest on a peninsula that juts out into something Linn dubbed the Sea of Tualatin. Cooper and Bull mountains would be major islands in this sea. Much of Multnomah County from Mount Tabor to Gresham would be situated on Hazelwood Island. Its westernmost tip would be the aptly named Hawthorne Point.

Linn gives fun names to some of the city’s new areas. You’ll find the Isthmus of Filbert on a neck of land near Newberg, and Pearl Harbor is just where you’d expect to find the Pearl District. He even tags Linn Fjord, near Oregon City, after himself.

There is abundant scientific fact behind Linn’s fantasy. Most of the current global land ice mass is located in Antarctica and Greenland, according to the U.S. Geological Survey, or USGS.

Linn doesn’t put a time stamp on this possible future, but cites Henry Pollack, a professor emeritus of geophysics at the University of Michigan, who told NPR that it could happen between 1,000 and 10,000 years from now, depending on the speed of the melt. There is a chance that epic floodwaters could sink us sooner, as the ice sheets are now showing signs of collapsing at an accelerating rate.

As The New York Times reported last May, a large section of the immense West Antarctica ice sheet has begun falling apart and its continued melting now appears to be “unstoppable.” A sea level rise of 10 feet or more may be unavoidable in coming centuries, the newspaper said.

“It would be fair to say Oregon is not fully prepared for a sea level rise of 80 meters — or eight,” says Angus Duncan, chairman of the Oregon Global Warming Commission. “Current planning is based on an anticipated rise of around 20 inches by 2050 and 50 inches by 2100.”

The National Climate Assessment, a federal report issued last year, found that global sea levels have risen about 8 inches since 1880. Federal scientists projected sea levels to rise in the Pacific Ocean adjacent to the Northwest another 1 to 4 feet by 2100. They didn’t venture to speculate beyond that.

Research shows that a sea rise of nearly 4 feet would inundate land on which some 3.7 million Americans live today. Portland, Seattle, San Francisco and Los Angeles are all highly vulnerable, along with Miami, New Orleans, New York and Boston. Pacific island nations could get decimated by even a modest rise of the sea, as could low-laying parts of Bangladesh and Vietnam.

Linn got his idea from a map of San Francisco produced by the blog Burrito Justice. He started his project with a topographical portrayal of future Seattle, followed by maps of Portland, Vancouver, British Columbia, Los Angeles, Palm Springs and Montreal. 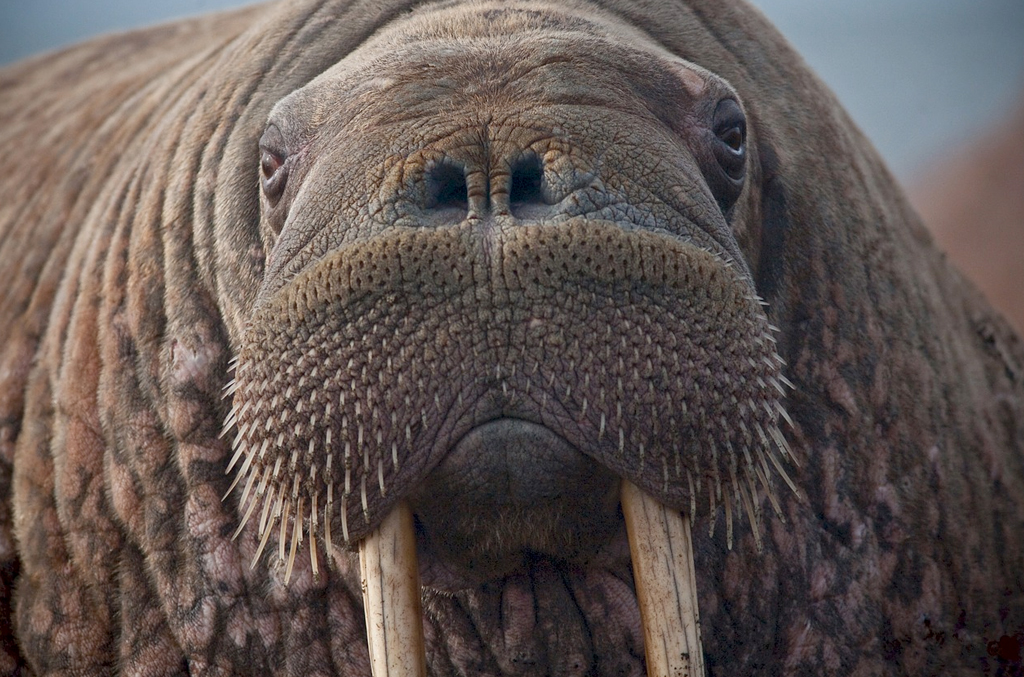 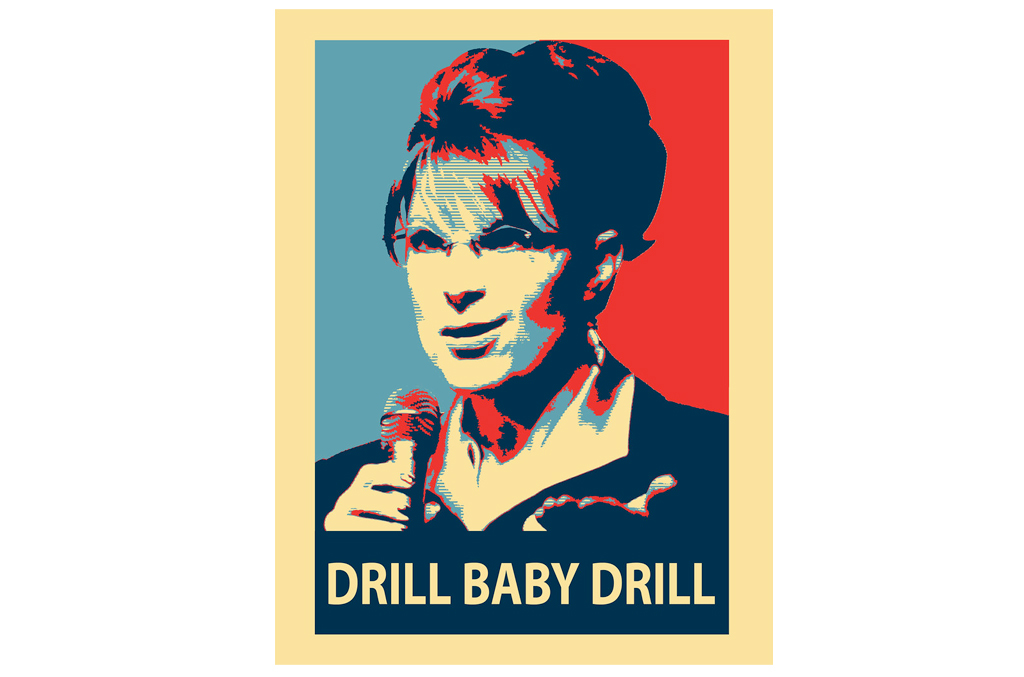 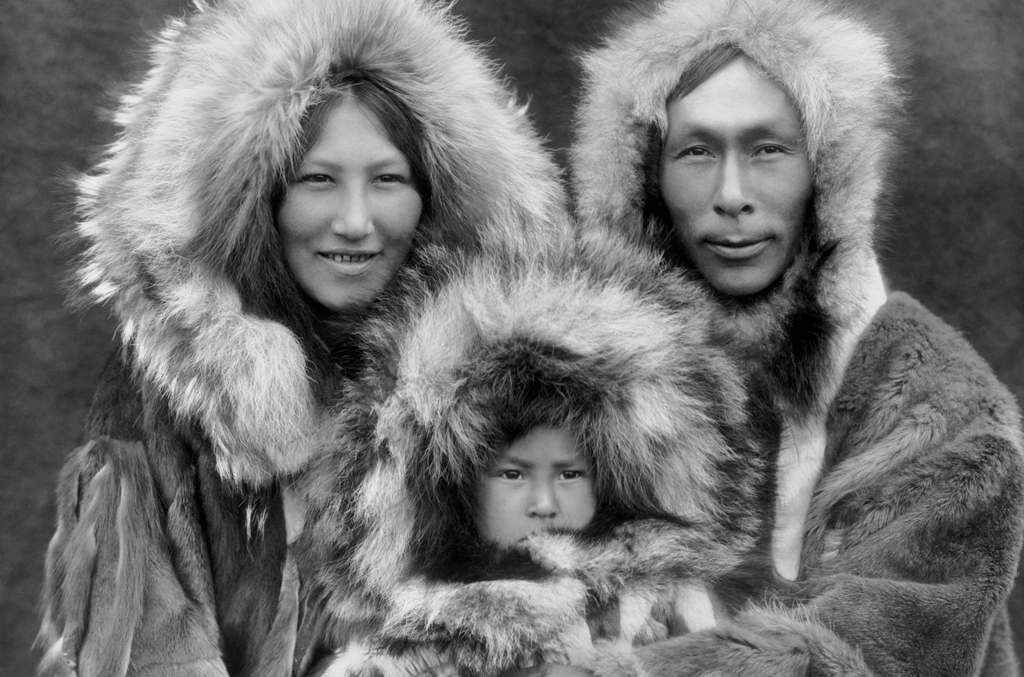 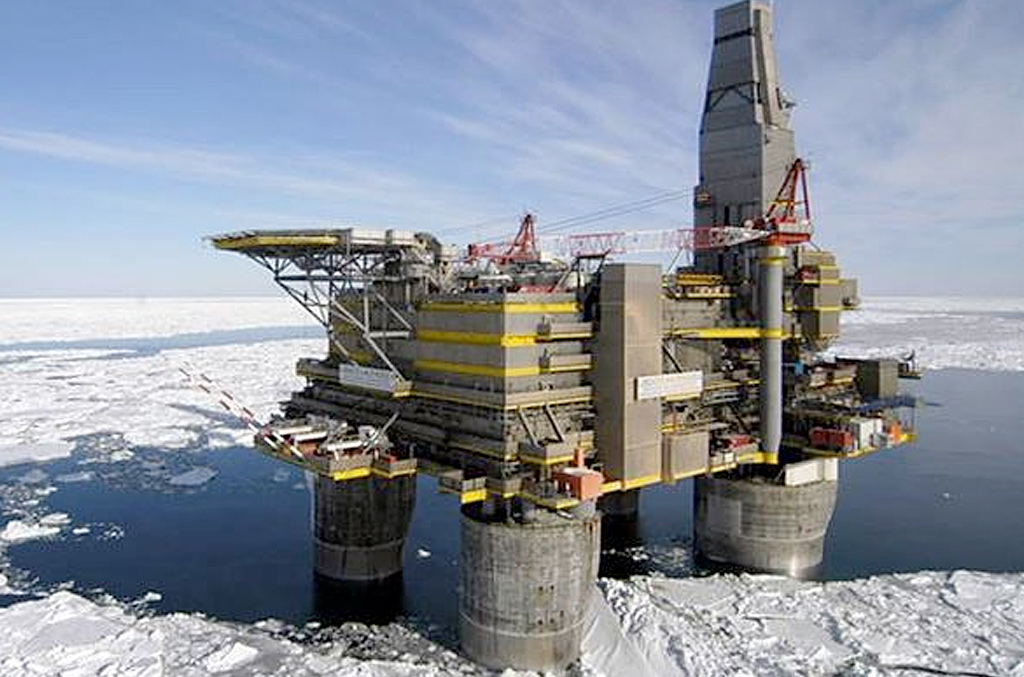 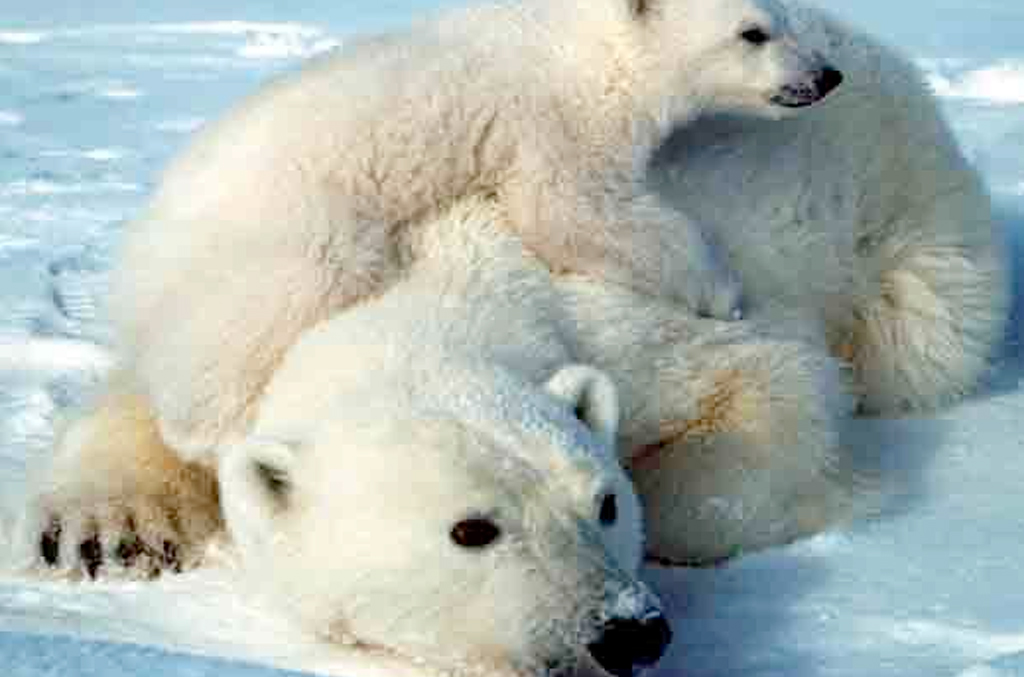 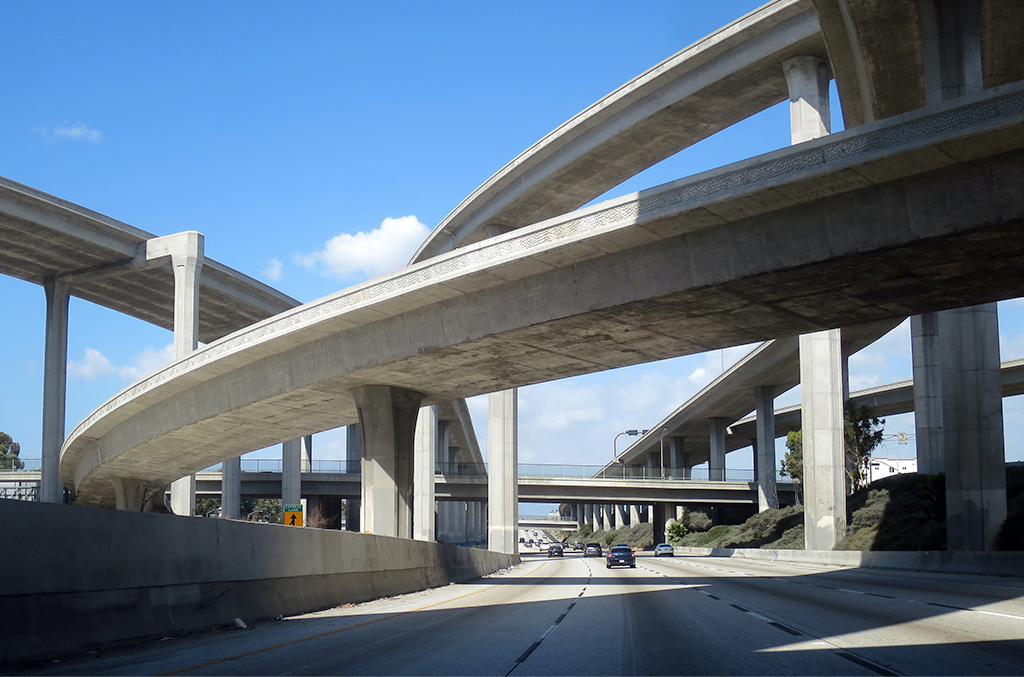